This Paleo Brownie Skillet is rich, intense and decadent! It’s incredibly easy to make. Topped with a scoop of coconut milk ice cream, this brownie skillet is a chocolate lover’s dream! I tweaked my favorite Fudgy Paleo Brownies to make this skillet. My other favorite skillet dessert is my Paleo Chocolate Chip Cookie Skillet. In addition, Cookie Dough Stuffed Brownies are another huge hit!

Coconut oil is a healthy fat common in Paleo eating.  When melted with chocolate, it becomes super smooth and creamy.

Use dairy free chocolate chips to keep this recipe Paleo.

In a microwave safe bowl, add chocolate chips and coconut oil.  Microwave in 30 second increments, stopping to stir between each, until melted.

In a large mixing bowl, beat egg and coconut sugar for 2 minutes or until light and frothy.

Next, slowly pour melted chocolate into stand mixer and stir until combined.

Then, sift in cocoa powder and tapioca flour.  After that, add in vanilla and sea salt and stir to combine.

Pour batter into greased skillet.  Next, bake for 11 to 12 minutes or until edges are crispy and middle is set.

Lastly, remove from oven and garnish with coconut milk ice cream if desired.

Chocolate can be eaten while eating Paleo.  I love Enjoy Life chocolate chips because they are gluten free and dairy free.  Although they add a small amount of sugar, I’ve found best baking results with this brand.  For a completely Paleo chocolate, use unsweetened chocolate chips. 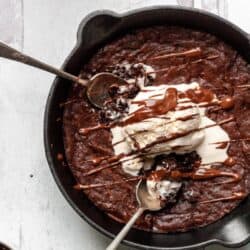 Get the Recipe: Paleo Brownie Skillet

This Paleo Brownie Skillet is rich, intense and decadent! This skillet has that signature crinkle top, crispy edges, and a gooey center. Serve with some coconut milk ice cream for the ultimate Paleo dessert!
5 from 1 vote
Print Recipe Pin Recipe

Try these other favorite Paleo Desserts: 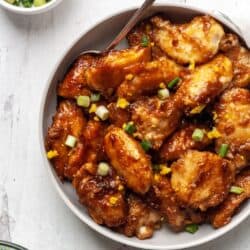 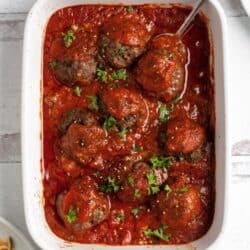 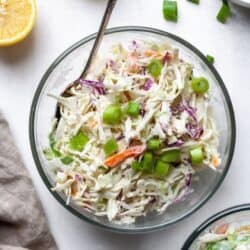 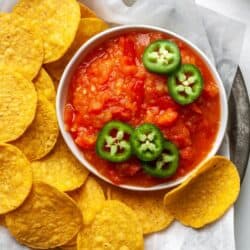 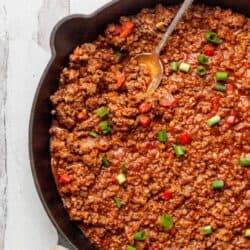